Headquarters of the Socialist Party of eCanada, a political party in eRepublik.

Fellow socialists, I'd like to announce my candidacy for Party President for the term of August-September.

Our party is in shambles, much like the rest of this game. The population is vanishing, voter turnouts are dismal and most importantly in our case the economic situation in Canada and indeed the rest of the world is dire.

If elected party president I plan an aggressive recruiting campaign focused around a revived and restructured commune system. Your probably thinking if we couldn't get enough people to work for the commune in V1 how on earth can we succeed in today's climate. I think Keziah hit the nail on the head with this statement "The commune idea was good but it is only worth it to the worker if they can at least break even with what wages they make or with what food/items given...no one will work for a commune for an extended time period if they are slowly starving.". I couldn't agree more. An incentive based system well be essential in the recruiting process.

I intend to invest a substantial amount of gold into the party. However I don't wish for this to be interpreted as buying your support. I feel it's relevant to extend this information in order to showcase how I plan to implement an incentive based system. I plan to donate to the party a Q3 food company, Q1 housing company and a stone company to compliment our existing grain company(and pledge to do so no matter who is elected on August 15th). The first company to be opened will be Q3 food however filling the required 10 positions will be no small task considering I think I'm speaking to a mere handful of people at the moment. How will we accomplish this goal? Provide 7 pieces of Q3 food per week on top of minimum wage. This in itself isn't going to make any ones eyes pop out but if we can sell the fact that this may be the start of something much bigger, that down the road we could spread communes across many industries and provide members with an array of supplies the disgruntled citizens of this country may be willing to be a part of the solution.

I hope you share my vision and are willing to be a part of the solution yourselves.

I am with you, and you have my full support! this party is on life support, and needs a boost! Socialism can work in v2!

You have my support!

Oh hey you quoted something I said, how cool. Makes me feel special. 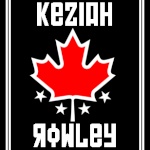 happy to be aboard